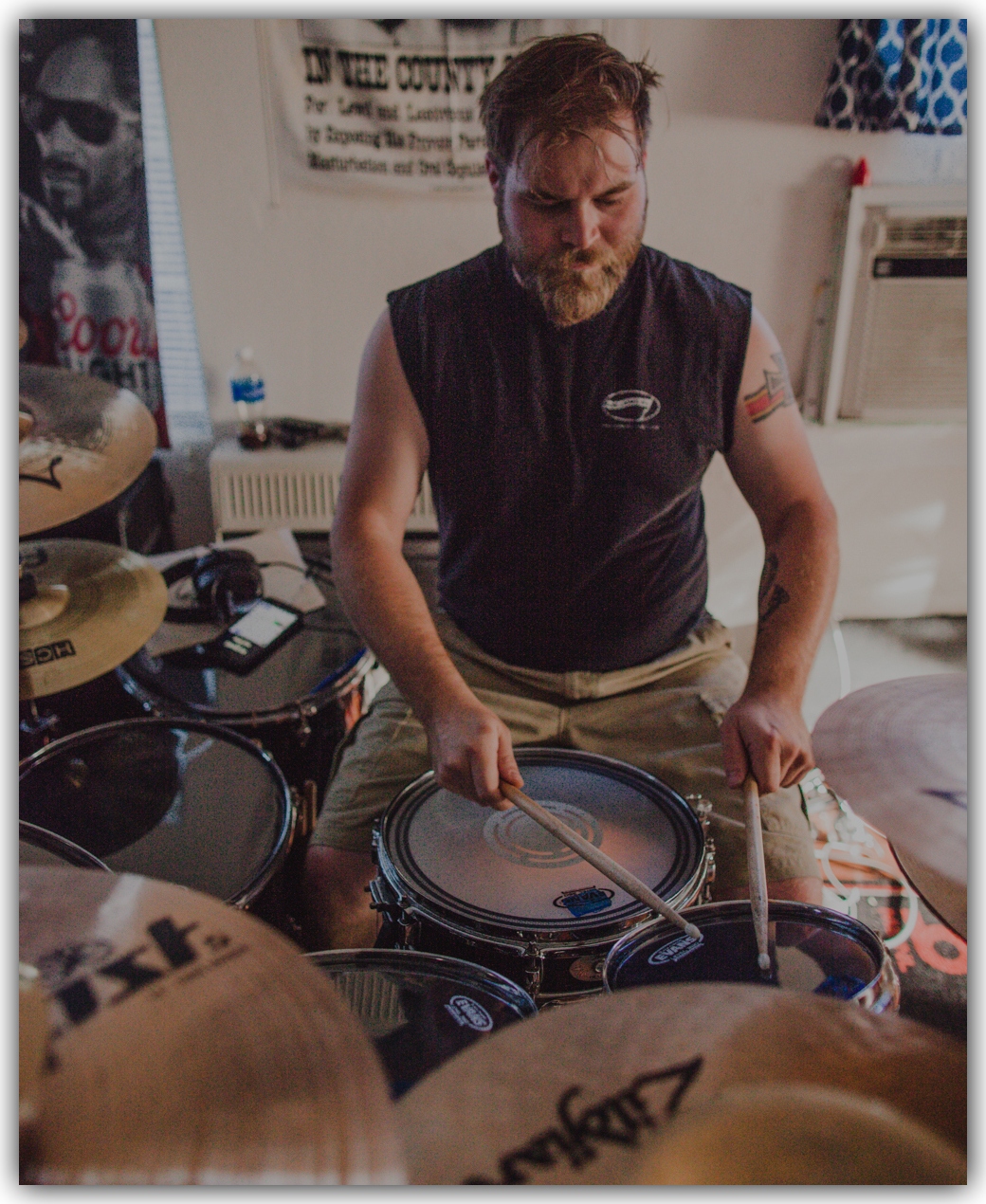 Here is a brief interview with Joshua Skinner

What made you want to play drums?

I don’t know what made me want to play the drums but I do remember the first time I ever sat behind a drum set. I had to be about five or six at the time. My dad used to drum when he was younger and had a couple pieces of his kit left in storage. I went to visit him and he brought me down to the basement and there she was. My first kit. I think I had a tom, a bass drum, a snare with no wires, a ride, and one hi-hat. I was in love and have been hooked ever since.

How long have you been playing the drums?

Like I said, I was young when I was first exposed to drumming and I’d say it really took hold when I was about 10-11 and I played off and on for years. Since I’m 28 now, I’d say the last six years have been the most dedicated to becoming the best drummer I can be.

Who are your favorite artists?

What do you do for fun when you’re not playing drums?

I like to get outdoors a lot. I’m new to California and it is such a beautiful state. There is so much to see and do here. But I love music. I find the most fun when playing drums or creating some kind of music, I am also a recording engineer so I find a lot of enjoyment in recording and mixing music as well.

What is the coolest thing you’ve learned in your lessons in the past three months?

The coolest thing for me was seeing the increase in speed and accuracy of my double bass. It felt like I broke through a barrier that I was fighting for a long time. Stefano broke down what I was doing incorrectly and showed me what I need to do to properly improve and with plenty of practice, it’s shown dramatically in my playing.

Are you playing in a band or do you have any performances coming up?

Yeah, I’m currently working on a project but no performances at the moment.